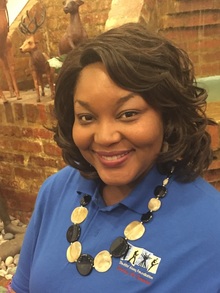 President-Angelique Feaster Evans
Angelique is the Founding Artistic & Managing Director of Mahogany Ensemble Theatre, resident theatre of the M.E.C.C.A. Foundation and Founding Producer of the Southern Black Theatre Festival. She is an award-winning artispreneur--actor, director, speaker, teaching artist, talent coach & mentor with over 20 years combined experience in the cultural/performing arts and education. Angelique is the recipient of the 2012 '15 Under 40 Top Young Professional Award', 2012 'SRAC Regional Theatre Artist Fellow', 2012 'G. Scott Griffin Award', 2011 'American Association of Community Theatre Outstanding Actress/All-Star Cast/Outstanding Production, and the 2009 '40 Under 40 Honoree'.  She is involved with various civic organizations and currently serves as President of the Shreveport Mayor's Women's Commission. Angelique is a proud graduate of Centenary College with a B.A. in Speech, a minor in Theater, and a Masters in Education Administration, and is currently pursuing a Doctorate of Education in Leadership Studies at Louisiana State University-Shreveport.  She is also the coordinator of theSouthern University Museum of Art at Shreveport.  Angelique is a native of Detroit, MI and was raised in Haughton, LA. She currently resides in Doyline, LA with her family. 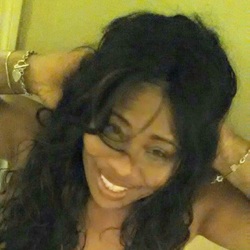 Vice-President-Rosemary Spears
From building robots, airplanes, to designing almost anything to keep the military safe, Rosemary Spears has been a member of the National Society of Black Engineers for more than six years. Now in her position as an Expert System Engineer, she manages, organizes and plans programs for the government. Ms. Spears has outstanding awards and appreciations from Boeing, Raytheon and NASA and has also received the Engineering Award for Excellence in Technical Communication. Other professional works include writing and editing for employers such as NASA and Boeing; she has published manuals for Gulfstream Jets and is currently writing her own book. She has worked with the community youth and college students advising them on how to face unique challenges as they head toward college and life. She attended Pennsylvania State University and Western University.  In addition, she is a certified Six Sigma and Toastmasters International speaker. She is a native of Los Angeles, California and currently resides in Oro Valley, Arizona.  Rosemary believes that a dream doesn’t become reality through magic; it takes sweat, determination and hard work. She encourages everyone to work and make their dreams real and often repeats these words from Mae Jemison, M.D., an engineer and the first African-American woman to travel in space: “Never be limited by other people’s limited imaginations….You’ve got to re-evaluate the world for yourself.” 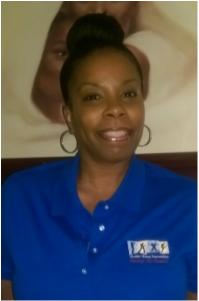 Treasurer - Dr. Kimberly Cooks
Dr. Kimberly Cooks, DBA, a native of Alexandria, LA, began her "dancing" career over 40 years ago when her aunt, Mrs. Mildred C. Davis, a dance teacher at the local Junior High school, realized Kim's memory for movement was well developed beyond her years. Enrolled in tap, jazz, ballet and African by the age of 3, Dr. Cooks excelled and went on to teach and choreograph for churches, weddings, dance lines, studios and special events. Kimberly is the daughter of the late Paul David and the late Marjorie B. Cooks. A graduate of Grambling State, Upper Iowa University and University of Phoenix, Dr. Cooks holds degrees in Management and Business Administration. She is currently the Controller for Byrd Regional Hospital in Leesville, LA. Dr. Kimberly Cooks is the proud mother of two young adults and a member of Delta Sigma Theta Sorority, Inc. Currently an Instructor at Christian Dance Center, Dr. Cooks works diligently with the Liturgical MADD Company. 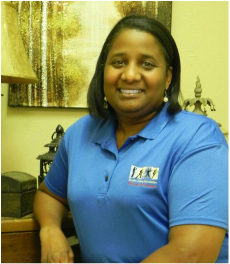 Secretary - Rachel McGee-Johnson
Rachel Ann Markray McGee-Johnson is the wife of Aaron S. Johnson and the mother of three children, Coby (15), Janie (11) and Joseph (10).  She is the Owner/CEO of Chronicles of Numbers, LLC, which is a Louisiana-based Limited Liability Company located in Shreveport, Louisiana.   She obtained her Bachelor of Science degree in Accounting from Centenary College of Louisiana and a Master’s degree in Business Administration from Strayer University. Rachel has more than eighteen (18) years of accounting. She began her Accounting career as an Associate Accountant with KPMG Peat Marwick, LLP and later, as a Senior Accountant with Roberts Cherry Group.  Rachel also gained valuable experience as the Chief Financial Officer with the YWCA of Northwest Louisiana and as a Budget Analyst/Compliance Officer with Southern University. 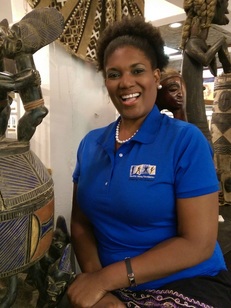 Member- Katrina O. Boden
Katrina   O.   Boden   is   the   owner   of   Superior   Counseling   Services,   LLC.   SCS,   LLC   is   an accredited behavioral health rehabilitation agency   with locations in Shreveport,   Ruston,   and Farmerville, LA.   Katrina is also the owner of Superior Business Services, LLC and Business Innovators,   LLC   both   located   in   Shreveport,   LA.     Superior   Business   Services   provides administrative services and training for businesses and their staff. She established Business Innovators as a means to mentor professionals and invest in business start-ups and systems for success.   She is not only a native of Grambling, Louisiana but is a proud graduate of Grambling State University with both Bachelor’s and   Master’s Degrees   in   Elementary Education.   She is also the founder and executive director of a non-profit organization called Education International. Ms. Boden has also earned a Black Belt degree in Martial Arts and has been a member and teacher of several dance groups. She currently resides in Shreveport, LA. 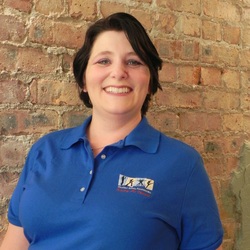 Member -Jennifer Olvey
Jennifer is a native of Pocahontas, AR who now resides with her husband and daughter in Plain Dealing, LA.  She is one of the founding members of the Randolph County Theater of Performing arts.  Jennifer trained in acting at Arkansas State University under Terry Huckabee.  She has been in several films/recently played the role of Squeak in the Southern University production of The Color Purple.  Jennifer is a founding member/ former dance captain of the The Gems of Cairo Middle Eastern dance troupe.  She is currently working as a RN/Infusionist. 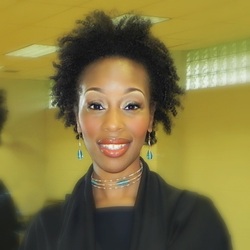 For a brief bio on Roshanda, click here.
Powered by