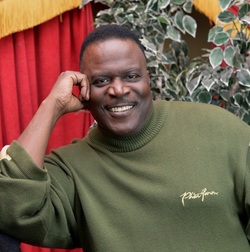 Anthony Bean
Anthony Bean grew up in New Orleans’ Seventh Ward.  Words have long been a passion for Anthony Bean.  While attending John McDonogh High School, he founded the Ethiopian Theater with a group of students in the drama club.  He moved to Los Angeles in 1985 and continued working with what had now become a professional theater company. 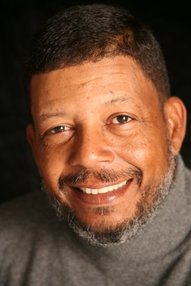 Eugene Lee
Eugene Lee's career offers a singular combination of on- and off-screen expertise. He began working as an actor in the early 1970s and continues to appear on stage, in movies and on television.

In 1972, Lee was a cast member in a command performance of "A Raisin in the Sun" for President Lyndon B. Johnson at his Texas ranch, by the Ebony Players, a college theatrical group formed with his college roommate.  He went on to appear in television shows, including "The Women of Brewster Place" with Oprah Winfrey, "Dallas," "Good Times," "The White Shadow," and "The District,"  and  the title character in "Wolf," an award winning independent film, to name a few.

On stage, Lee's credits are even more extensive. He has appeared on stage across the country and across the globe. He traveled with the renowned Negro Theatre Ensemble, performing in the Pulitzer Prize winning "A Soldier's Play" and numerous other works. He is considered a "Wilsonian Warrior" for his many appearances in the works of August Wilson, including the Broadway production of "Gem of the Ocean." He performed in five of Wilson's 10 plays at the Kennedy Center in Washington, D.C.  and in August Wilson’s final autobiographical one man piece, “How I Learned What I Learned”.  His credits include works at stages such as True Colors in Atlanta, the Huntington Theater in Boston and the Pittsburgh Playwrights' Theatre, Mark Taper Forum in Los Angeles and Crossroads Theatre in Jew Jersey.

His writing credits include an episode of "Homicide: Life on the Streets," which won him an Emmy nomination, "Walker, Texas Ranger," "Michael Hayes," "The Journey of Allen Strange" and "The Turks."

His own characters come to life through his plays, one of which is "East Texas Hot Links," which has been produced on stages from Los Angeles to New York and in London and is published by Samuel French play publishers. His other plays include "Fear Itself," "Somebody Called: A Tale of Two Preachers," "Killingsworth", the musical, “Twist” and, "Lyin' Ass".

Lee is Artist in Residence and Artistic Director of the Black and Latino Playwright's Conference at Texas State University. 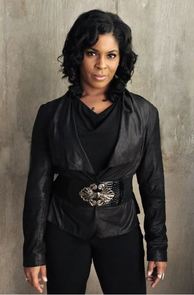 Jwaundace Candece
Jwaundace Candece moved to Los Angeles in January 2000 from Atlanta to pursue a career in acting. Because of her athletic abilities, she ended up auditioning with thousands of girls for WOW (Women of Wrestling) TV series that aired in 2000. She booked a role as a good guy but refused unless she became a heel (bad guy). After approval, she became "Delta Lotta Pain", a member of the Tag Team "Caged Heat" along with Cher Ferrerya ("Loca") and Nicole Ochoa ("Vendetta"). In 2000, Jwaundace and her partners in Caged Heat became WOW's 1st Tag Team Champions becoming WOW's most popular Tag Team in history.

Because of much exposure, Jwaundace was recruited into the stunt world. She was approached to be a stunt double for Queen Latifah in "Bringing Down the House". That fight scene she did for Queen Latifah earned her a "Best Fight" nomination at the MTV Movie Awards in 2004. After that, Jwaundace decided to perform more stunt work to gain recognition to transfer into acting.

After performing in over 75 filming and TV shows, performing stunts for Oscar and Emmy nominated and winning actresses such as Viola Davis, Mo'Nique, Jennifer Hudson, Queen Latifah, Whoopi Goldberg, Oprah Winfrey, etc., she moved back to Atlanta in 2010 to give birth and raise her son. While in Atlanta, she shifted her focus on stunts to acting booking roles on "Banshee", "Conan", "Let's Stay Together", and recurring roles on ABC's "Resurrection" as Mrs. Camille Thompson (mom to Omar Epps). She got the most recognition in her debut film, 20th Century Fox's "Let's Be Cops". She ad-libbed the line 'That's What You Get', while filming. The director, Luke Greenfield, and writer, Nicholas Thomas, decided to keep it in the scene and it paid off by being a major part of their marketing campaign. 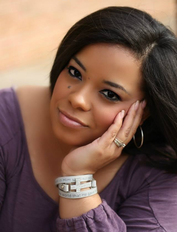 Kourtney M. Sears-Hughes
Kourtney M. Sears-Hughes, is a former dance instructor at Power & Grace of Shreveport, LA since 2005. A native of New Orleams, LA she has been the director’s assistant w/Allabatu Traditional African Dance Company under the direction of Abdoulage “Papa” Camara and she was a member and captain of the Dolphin’s Jazz/hip-hop dance team and cheerleading squad of New Orleans